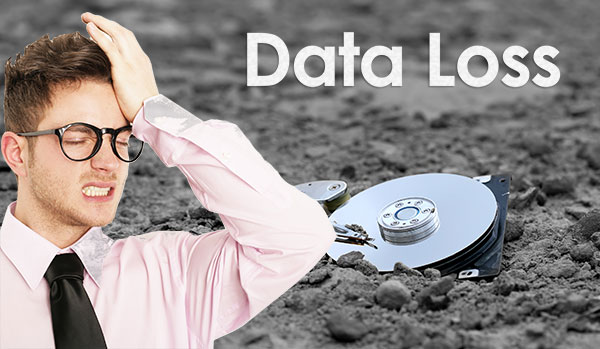 Being a tech geek sometimes can have some disadvantages. Just a warning this post might get a little lengthy depends on where the story takes me as I share a recent account of a partial self-induced tech nightmare.

I’ve been dabbling in PC hardware, since the mid 80’s actually my first real experience with PC’s came in 1981. Yeah I’m really that old LOL.

ANYWAY over the years I’ve made frequent upgrades and modifications to my system at the time. In this recent adventure I had decided to replace my existing hard drive that contained the operating system to the computer. I’ve done this in the past and not a big task. I run multiple drives on my PC, one for the Operation System (OS) and at least one for my Data.

The reason for the change was that I had heard that by switching from the normal disk drive (HDD) and going to a Solid State Drive (SSD) that my system performance would increase. And in fact I did see an improvement.

After installing the need drive and reinstalling my normal apps I quickly got back to work as usual. Well that is until about 2 months later my OTHER drive must have gotten jealous or something and decided to out of the blue… FAIL.

No early warning, no odd behavior or anything, it just quit working and was no longer found by the system. I quickly went into troubleshooting mode to see if I could recover the data, no avail nothing I tried would recover it.

The instant panic was that thought that I had 15 years worth of projects and data on that drive. All of my past video trainings, all of my power points, spreadsheets everything was gone. Then even more panic set in as I realized all of the data for clients would be gone too. Trainings and websites and custom code that I had done for them this too were all gone.

The biggest thing that really made my heart sink was the fact that all of my photos of my family, children, and grandkids were no longer to be found. If you’ve visited my Facebook page you know there was many of those types of photos.

First thing to do was figure out how to best recover and move on. Luckily I had been running backup software called Carbonite. It’s a really great service and has saved my bacon a few other times. But this time would be a little different.

My Backup software! I had forgotten to reinstall Carbonite, so there would be a 2-month gap in my backups. An instant palm to the forehead moment – SMACK!

Next I decided to check to see if the hard drive was under warranty and luckily it was. I started the procedure to get that drive replaced but I though I would give the drive one more attempt. I would pay the data recovery fee to have the company try to restore the data. I mean it just instantly quit right it shouldn’t be that bad.

I dropped off the drive at UPS stopped at Best Buy and bought a replacement drive and started the recovery process and get back being productive.

Over the next few days I started thinking how I could keep this from happening and add redundancy to my back up strategy. While I think Carbonite has a great service and has worked well for me I want to look at what I can implement that will work without human interaction. Something I don’t have to think about much and that is expandable as my file storage needs grow.

After much research I’ve decided to go with the Drobo 5 N . This is a small box that holds up to 5 hard drives of any size or brand. The software on the Drobo takes the number of drives and makes it appear as one drive.

What it actually does is it takes the data and writes to the drives in way that if one of the drives fails, you don’t lose the data. You simply add a new drive and it rebuilds the information from other drives.

I now have this in place on my home network and it works perfectly. Right now I am using Carbon Copy Cloner to back up the data on the Drobo to a single 3 Terra Byte drive on my PC. This will create a complete copy of all files internally but this does not take into account for complete disaster at this location. IE. Fire damage, electrical damage, water damage etc.

The next step will be to add CrashPlan from Code42. This will allow me to back up the Drobo storage to an offsite location. Many of the other plans for other company’s looked cost prohibitive for the amount of storage that I will eventually have.

Currently, My network storage contains about 8TB of storage ability. Not that I have that much used it would be good to know that I have a system in place that can handle the data I use as my needs grow.

Just as one final note after about a month I heard back from the drive manufacture and they were not able to recover any data either. I was hopeful but there is always the chance that they may or may not be able to recover the data. As I said earlier it was worth the chance.

Now that I’ve shared my story – I’m curious if there are precautions you put into place that you’ve found works for your needs. Feel free to comment in the space provided below. Or click the comments link to add a comment.